The amulet was gifted to the Keeper of the Balance (Astrid Ramando) by the Lord of the Gods for the Keeper's service to him. There are various stories surrounding what deeds Astrid did to earn the Lord's approval. Ranging from the slaying of beasts and Ascended Gods to seducing him with sexual pleasure, it is unknown as to what was actually done to receive the Amulet.

The Amulet itself is also riddled in myth and has been lost in time. It's current whereabouts are unknown, but many have claimed to have seen the treasure in various towns and cities across the realms. A popular myth tells of Astrid's murder by Abgorn Drais, a demon disguised as a hansom lad, cut her throat in bed to steal the amulet from her neck. He then took the amulet down to the realm of darkness. However the factual relevance of the myth is still in question.

The chain and Amulet is made of an unknown dark metal that shimmers in light. It is said that the color of the amulet's gleam is a different color to every person, and that the color reflects their personality. This cannot necessarily be used to discern a being's true intentions, however, because a person can only see their own gleam. They can not see another person's colors and nobody else can see theirs; this allows somebody simply lie as to what color they see the amulet shine, and nobody would be the wiser.

The amulet is a downwards dagger with twin dragons circling blade and facing off over the pommel. The guard of the handle has a pure emerald set in, and the pommel itself has Ruby inlaid with the thin black chain connecting at the pommel's base. The amulet is secured with a simple clasp in the back as a necklace.

The colors the amulet may shine are as follows, along with the respective personality trait. It is common for the gleam to blend and shimmer between various colors to reflect multiple aspects of a being's personality. The color of the amulets shine can also gradually change overtime to reflect a person's changing personality. 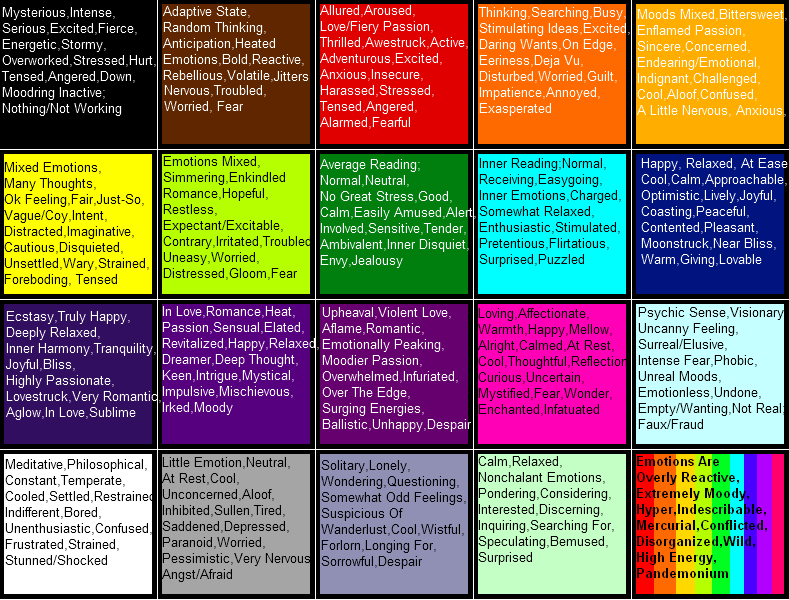 Normally: Wearing the The Amulet of Draonic Dominance provides a +6 on strength as well as a +4 Intelligence and +6 increase natural armour.

If worn with the Ring of True Belief and the Ring of Unending Peace, it forms the Triad of Power. This adds the effect of immunity to Fear from Dragons and other Draconic creatures as well as immunity from all their breath attacks.